Complex Contract Litigation
How can you educate a lay jury on complex financial and contractual issues without condescending to them? CCA prepared a defendant to explain the intricacies of a multimillion-dollar real estate contract to one of Chicago’s notoriously tough juries.

Sexual Assault on Campus
A university faced a reputation-endangering Title IX sexual assault investigation brought on by poorly documented procedures and a lack of accountability. CCA led administrators through the process of acknowledging the situation as a crisis and uncovering cultural issues and leadership failures.

Vital Government Partnership
As it collaborated with government agencies on the development of a critical antitoxin, a biotech company faced difficult issues ranging from animal testing to the secrecy of its research. By preparing company spokespersons alongside the science team, CCA helped ensure consistent responses to the FDA Advisory Committee, investors, and media.

Boot Camp for Rising Executives
A major corporation needed to develop its next generation of corporate witnesses. CCA’s boot camp approach helped identify individuals with outstanding leadership potential, while also instilling the skills and tools that executives need as they present and defend the company’s positions from the stand.

Facing Contentious Issues
The siting of new transmission lines comes with high-risk public-input issues. So when a 100-year-old Canadian power generator sought to expand transmission capacity, they turned to CCA to prepare for questions from both the public and the utilities commission.

Headline-Making NCAA Investigation
When student athletes were declared ineligible due to institutional errors, CCA provided crisis strategy and strategic counsel services. The emphasis was on ensuring open communication with key stakeholders, and on preparing university representatives for NCAA interactions and media interviews.

Transmission Investment Costs
Seeking to recover costs related to their $800-million investment in new T&D infrastructure – and facing their first case since the implementation of a formula rates statute – a client turned to CCA to help them prepare to effectively defend their seven-year technical plan and financial recovery strategy.

Educating from the Stand
A corporation faced multiple challenges with a $250-million rate case, including high complexity and a head regulator with no utilities background. CCA prepared the CEO – who had limited on-stand experience – to defend the company’s case while skillfully guiding the commission through the issues.

Individualized Leadership Coaching
CCA provided highly specific leadership coaching for companies in a variety of industries. We equipped the leaders to inspire their division and company by finding and conveying their organization’s defining purpose, and incorporating that into every action and interaction.

The Cost of Environmental Compliance
CCA supported one of the nation’s largest electric utilities in a $1-billion rate case that nearly doubled the fixed charge on customers’ bills. Witnesses needed to present a major new environmental plan, along with addressing the costs of retiring some units and converting others from coal to natural gas.

One Drug, Two Indications
A pharmaceutical company filed simultaneous New Drug Applications (NDAs) for the same drug covering two distinct indications. To address the uncertainty about how the FDA would handle their Advisory Committees, CCA prepared two separate teams, knowing that combining the teams at the last minute would be easier than separating them.

High-Stakes Leadership
CCA provided customized private coaching to key senior executives at a major corporation as they sought approval from their board of directors for multibillion-dollar projects. To prepare the executives for these career-impacting moments, CCA strengthened their ability to communicate under fire, present effectively, respond to questions, and lead through action.

Vetting Potential Issues
Seeking to acquire a plant in another state, a company used CCA’s tools to uncover possible objections from the state regulatory commission. These intense sessions with CCA enabled executives to determine if their arguments would “fly or die” in private, rather than before the regulators.

Preparing to Respond Under Fire
CCA conducted a crisis-readiness session for company leaders at a major pipeline. It gave them the tools to protect their credibility in high-risk situations, and culminated in a mock scenario that dramatically illustrated cultural and operational issues within the company that could exacerbate future crises.

Regulatory Change
A vertically integrated utility in Canada with an expired formula-based rate sought approval for a new capital tracker. CCA prepared the organization’s witnesses to explain and defend the model for their tracker, which included asset-replacement capital for aging infrastructure.

Issue Resolution
In a one-day workshop, CCA provided tools like its Straight Question Model and Issue Cards to help a multibillion-dollar company identify reputation pitfalls, prepare building-block responses, and develop a Smart Book that can be used across the organization to address these tough issues.

Strong Corporate Witnesses
CCA equipped corporate witnesses with the tools they need for future cases. This advance preparation will make future testimony more natural, and will help the company to effectively anticipate potential issues before cases are even filed.

Breaking from a Parent Company
Withdrawing from a service agreement with its parent company and entering into a Regional Transmission Organization (RTO) created complications for an integrated energy company seeking its first rate relief in twelve years. CCA readied company witnesses to clearly explain a host of complex accounting adjustments and make a compelling case for the rate increase.

Mid-cycle Review
CCA helped a pharmaceutical company maximize the value of their mid-cycle review by working with them to identify potential agency concerns in advance. This allowed them to approach the interaction with a confident mindset and employ critically worded “clarifying questions” that generated information for a more focused Advisory Committee presentation.

Tough Regulatory Environment
As a corporation sought to purchase an outside-of-jurisdiction power plant in one of the nation’s toughest environments for this type of transaction, CCA prepared executives to answer questions related to a critical Certificate of Convenience and Necessity (CCN).

Cost Recovery for Modernization
One of the nation’s largest energy holding companies used a new state statute to request nearly $2 billion for system reliability, infrastructure replacement, modernization, and advanced metering. CCA prepared the witnesses to clearly convey the importance and long-term value of these expenditures.

Expedited Case
Presenting direct and rebuttal testimony in the same day can be a daunting challenge. CCA assisted a major corporation with one of these expedited cases, giving them the tools they needed to concisely defend their RFP process, convince the commission that their multiple new solar generation plants are the best value, and make the case for recovery of lost revenue. 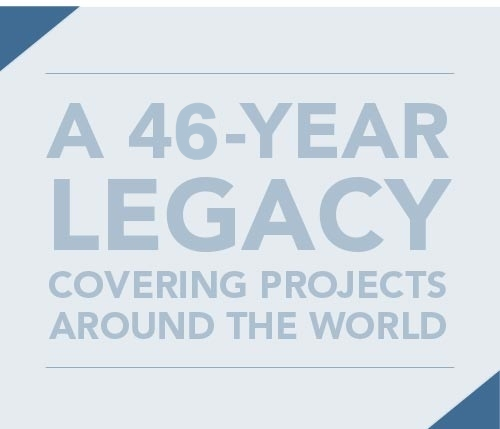