Nuclear Complexities
The first new nuclear power project in decades is under multiple spotlights. CCA helped prepare witnesses for regulatory proceedings occurring during the course of construction. Several important construction, schedule, and cost issues specific to new nuclear development were considered as part of these proceedings.

Conflict at Every Milestone
A new clean coal power plant has a history of permit issues, certificate revocations, court decisions, appeals, and a multi-billion-dollar price tag. CCA worked with the company as it prepared to deal with regulators, legislators, intervenors and the state supreme court.

Crisis Readiness
Oil pipelines face continuing operational and reputational challenges from regulators and the public. CCA provided core crisis communication tools to a major pipeline which is in the cross-hairs of several external stakeholders.

Device Panel + Advisory Committee
A biotech company sought approval of an aggressive treatment that combined a complex procedure with a strong chemotherapy agent. CCA readied the company’s team to present and defend their application for the drug plus isolation device.

Old Disease, New Strains
Influenza is a deadly disease and nature is constantly producing new strains. A pharmaceutical developed a new vaccine to counter a particularly deadly iteration of the flu. CCA prepared the sponsor’s team to present and defend an effective vaccine at Advisory Committee.

Leadership Coaching
We continued to provide private coaching to corporate leaders. We offer tools and insights for leaders to develop, enhance, and in some cases change, their leadership style – internally and externally.

New Generation of Witnesses
An electric utility had not filed a major rate case in 25 years. CCA developed a team of witnesses who had little or no experience defending a rate case before an aggressive state utility commission and a cast of tough intervenors.

Label Negotiations
Careful wording of a drug label is critical to pharmaceuticals as well as to the doctor and patient. Preparing for tough label negotiations, CCA helped the sponsor address FDA’s concerns and produce a clear and favorable label.

Limited Merger
Two utilities formed an entity to tackle major transmission projects. State and federal regulators were sorting through issues of jurisdiction, while capacity needs and reliability were surging ahead of regulatory doctrine. CCA prepped witnesses to make a strong case for the new company and projects under a new paradigm.

Culture Clash
Two companies proposed a complex transaction which would require approval at the federal level and five state jurisdictions. Before that, the parties had to iron out some major cultural and business differences. CCA’s witness development process brought the two sides together for some tough and necessary sessions.

Multiple Jurisdictions
When a regulatory entity ordered a corporation to transfer assets to another company, it created a complex integration of uncertainties across several jurisdictions. CCA worked with the witness and legal teams to identify and address issues, as well as prepare for all questions on the stand.

Compounding Mental Illness
Patients who present with schizophrenia and bipolar disorder have a dire need for effective treatment. CCA guided the sponsor to navigate through complex issues in preparation for Advisory Committee.

Concurrent Cases
When a company had two transmission projects up for regulatory approval, it was essential that regulators and intervenors not exploit vulnerabilities of one project to the detriment of the other. Through the CCA process, company experts thoroughly explored both projects to find and eliminate this potential.

Tough Public Meetings
A utility had hundreds of millions of dollars in long-term contracts for renewables mandated by the state, when newly elected regulators abruptly changed direction. CCA prepared spokespersons to appear at multiple regulatory and public meetings to make a case for a steady course.

Raising Rates in Tough Economy
An energy company had lived with deficient rates for several years in a damaged state economy. It was time to remedy that, before reliability and new growth capacity suffered. CCA prepared witnesses to support a proposal for fair rates to accommodate recovery and emerging growth.

Overcoming Depression
Major Depressive Disorder (MDD) poses a challenge for clinicians to match patients with safe, effective treatments. CCA readied a drug company to present solid data and analyses, as well as compelling arguments, for recommendation of FDA approval to market the drug.

Formula Rates No More
A non-US utility had been operating under formula-based rates for seven years, and it had not gone well. The company transitioned to cost-of-service rates and called on CCA to prepare witnesses to clearly explain the necessity of this change. 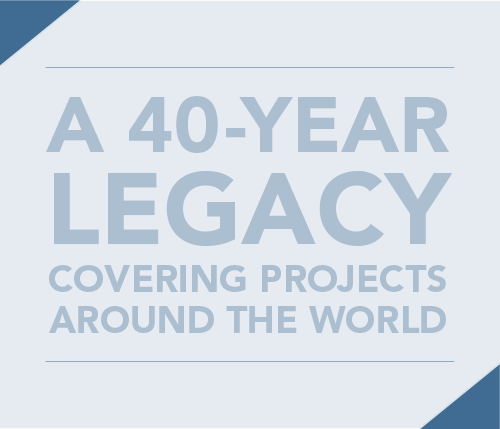